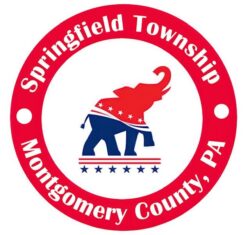 Angelina Banks, 37, is a native Philadelphian who grew up in West Mount Airy.  Ms. Banks is an experienced operations manager, public relations and marketing coordinator and consultant. She is a proud member of Central High School’s 260th graduating class, and served as class representative and reunion chair for over 18 years.  In her formative  years, she developed a passion for theatrical arts, film and T.V. She invested much of her time refining her craft on stage, on screen and behind the scenes including a production contract with ESPN.  After earning her B.A. from the Pennsylvania State University in 2004, she entered the not for profit world to explore a passion for serving and empowering others.  During this time, she volunteered at her local library branch in Baltimore, Maryland as a drama coach and taught improvisation classes for the youth and teen programs. Ms. Banks eventually returned to the stage, appearing in various productions in the Los Angeles area.  While in Southern California Ms. Banks donated her time serving children in the state’s foster program in conjunction with the Foundation of California Community Colleges. In 2015, Ms. Banks returned to the East coast inspired and fueled with newfound knowledge, perspectives and experiences. Ms. Banks currently resides in Wyndmoor with her small children and family.